An Insight to Fake Business Reviews: How Do They Work? 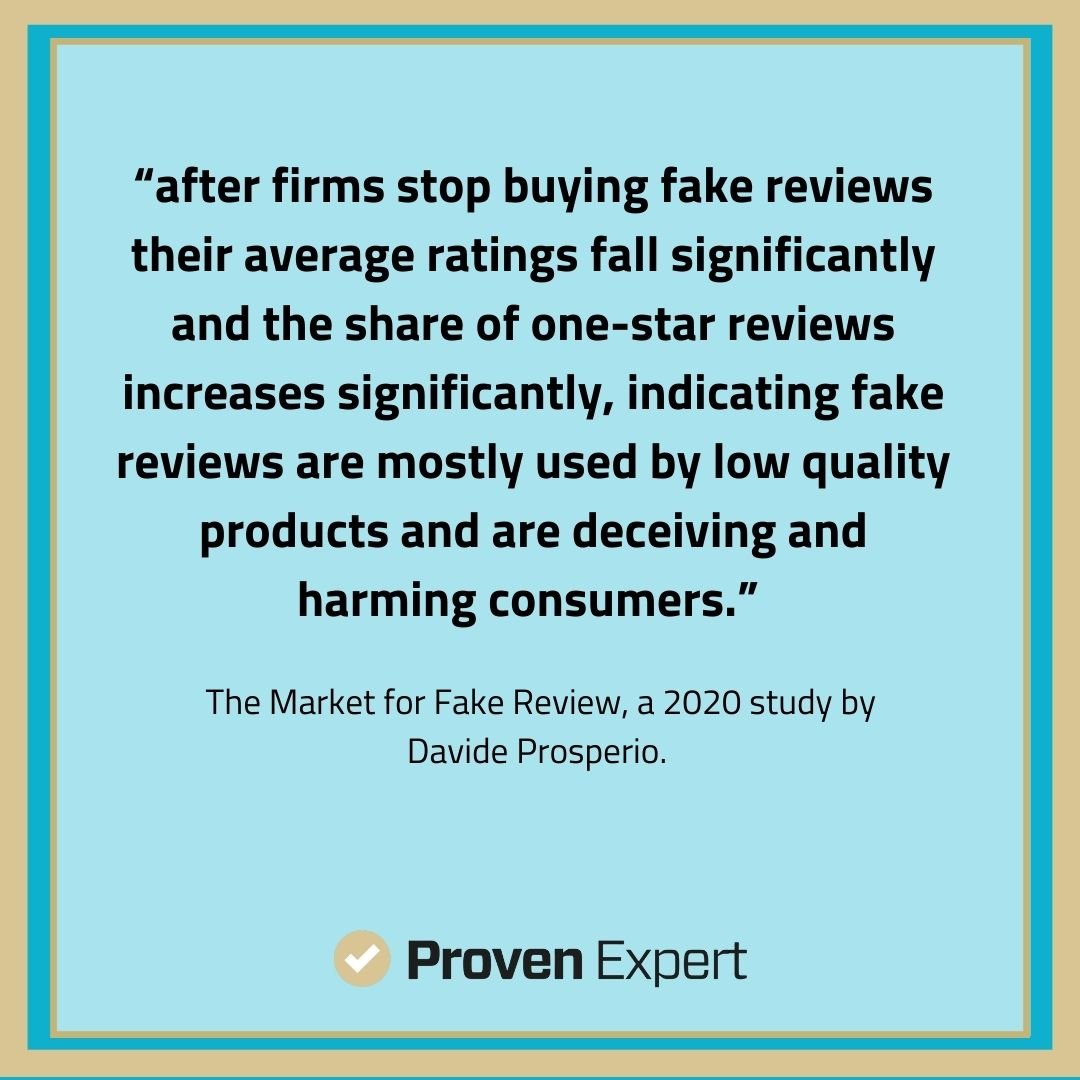 Learn from the experts about the Ins and Outs of the dark art of fake reviewing. Determine if it's worth the risk and learn how to spot fraudulent reviews.

Finally, after so much waiting, the time has arrived to take that trip you've been planning! The reviews of the hotel you booked promise a relaxing and therapeutic stay in an oasis of comfort, and your excitement begins to reach immeasurable proportions on the flight over. You hope the formalities of your arrival — customs, baggage, transfer and check-in — will proceed as hastily as possible so you can put your feet up with a good book, get out on the trail or dive into the blue just as quick as you can.

But then things don't quite go as expected. The staff are rude, there's hair on your bedsheets, bugs in the bathroom, and outside your window the worst view that you could imagine greets you: a construction site. The hotel you selected because of its shining reviews isn't even remotely close to what was described. So much for those vacation vibes. Are customer reviews simply not reliable anymore?

We've covered the topic of recognizing fake reviews and what you can do about them in two previous blog posts. We've also featured an interview with specialist attorney Karsten Gulden on fake reviews. This time around, we want to look at the market for purchased likes, followers and fans.

Marketing services that provide purchased reviews, likes, clicks and comments on social media appear to be growing in popularity among freelancers, big and small companies, influencers and even political parties alike.

The German lifestyle blogger Vreni of neverever.me fame recently went on a warpath against the fake social media industry, admitting that she had purchased Instagram followers and publicly revealing the wheelings and dealings of the trade. We've taken our own look at fake reviews, likes and followers trade and broken down the types of fake reviews and profiles available to purchase on the market and what it all means from a legal standpoint.

What type of fake reviews can you buy?

Essentially, anything. Everything is up for sale from customer reviews to likes, followers, and even comments. These services usually call themselves: “Review“, rating management“, “ranking“, “social media marketing“, and “sales-boosting“ services. The websites that provide fake services are rife with online marketing buzzwords.

Purchasing reviews provides a way to downplay a build up of negative reviews from dissatisfied customers while happy consumers go about their lives without so much as rating the product or service they enjoyed so much. This makes it easier for sellers to lure in potential customers.

Fake online marketing services can be booked for both long-term and short-term campaigns. Initially, these services seem like a great idea, but many companies seem to forget that purchased followers can be easily identified on various platforms using recognition tools such as influencerdb.

How much do fake reviews cost?

If you're willing the pay the price, you can get 100 Facebook likes for €1.90. In some cases, German Facebook pages can have fan bases that are 70% made up of persons from Arab countries.

Likes from German accounts come with a higher price: 222 for €39. One thousand Instagram followers cost €6.90; twenty-two German Youtube comments can be purchased for €19.

Genuine customer reviews on Amazon are a bit pricier. Three reviews start at €29.95, and five + five verified reviews come in at a whopping €189.95. It's clear who's really profiting from these sales: the seller.

Of course, the question as to the actual value of purchased likes and followers is the most important question for those in the market. There are various websites which provide metrics on this, and depending on the field and type of service, companies expect to boost popularity by up to 50% with more likes and followers.

As far as Facebook is concerned, these numbers are only true in some cases, and in most cases they don't apply at all. The more decisive factor in Facebook's success is content reach. The Facebook algorithm filters content in order to only show users posts which are relevant to them. This means that getting more likes and followers only pays off if your status updates show up on those users' newsfeeds. Purchased followers may give the appearance of increased popularity, but only real users and fans interact with Facebook posts.

In the end, fake fans hurt your page's engagement rating. Having a lot of inactive (purchased) users causes the Facebook algorithm to classify your page as less relevant, which makes it harder to show up in the newsfeeds of real fans.

The algorithms used by Twitter, Instagram, YouTube and others work in similar ways but are guarded better than Facebook. These algorithms search for posts shown to purchased fans who don't even live where the company conducts its business, don't have lifestyle habits relevant to the product or service; and never interact with posts that is of no value to companies—the likelihood of true fans profiting from the information contained in social media posts drops. So, the page may have more purchased fans, but is less relevant as a result.

When it comes to customer reviews, trust and authenticity are king. If customers don't see that a company has at least some negative reviews, 95 percent of them assume the reviews are fake or censored. Negative reviews are the most-clicked content on websites, but they're also actually clicked on three times as much as the „reviews which have been declared "most helpful" by other“ customers.

As it turns out, 4.5 out of 5 stars is a more believable situation than 5 out of 5. And the reason is apparent: customers know that everything that shines isn't gold. Moreover, no company or product can please every consumer. People and their needs are simply too varied for it to be any other way.

And that's perfectly fine — businesses that understand the importance of customer feedback for marketing purposes know how to deal with negative feedback. Responding professionally to a negative comment or review and showing the customer respect can help clear up misunderstandings and turn critics into true fans. Therefore, professional responses to critical feedback can give a company's image a significant boost.

What happens when people buy reviews or likes on Proven Expert?

First of all, reviews on ProvenExpert are technically and editorially reviewed. If we find fake reviews, we delete them. Sellers of fake reviews are formally warned and, if necessary, removed from the platform. This goes for service providers, too, that offer fake reviews for sale.

And by the way, sellers of fake reviews and likes generally don't accept liability for their services. This means the profile owner is always responsible if they use the service.

How can you recognize fakes?

Tip:We've put together information about how to recognize fake reviews here.

There are countless fake likes/fake follower checks. However, it's hard to say how effective they are since they only show features such as the country of origin or the time of the creation for clicks. Also, rapid changes could simply be the result of new links or campaigns, so it isn't always as easy as it seems to tell what's what. It is, however, worth taking a look at the list of fans and followers. Inconsistencies are typically fairly easy to recognize.

Want to take control over your reputation? Manage your reviews with ease on ProvenExpert now.

Over 520,000 solo self-employed professionals and companies used ProvenExpert.com in 2022 to build and strengthen their reputation. Once again this year, some were so successful that they were awarded the TopExpert 2022.

Dentists rely on positive reviews to attract new patients and grow their businesses. However, negative reviews are inevitable and can be especially damaging in the competitive world of dental care. So, what should you do if you receive a negative review?

END_OF_DOCUMENT_TOKEN_TO_BE_REPLACED
More articles
Popular articles
ProvenExpert awards 2020. Three top experts in each industry
The Legaility Of Fake Business Reviews: A Lawyer’s Perspective
Tutorial: integrate Google seller ratings on your website
The Best Channels to Request Customer Feedback for Your Proven Expert Profile
The Benefits of Google Star Ratings I How To Integrate them
Categories
See all
Follow ProvenExpert on
Follow @twitter
Show RSS Feed
Recommend this page on:
ABOUT PROVENEXPERT